pens or pins? that is the question...


What's one to do when the heart and hands enjoy words and fabric, the pattern of paragraphs and quilts to an equal enthusiasm? To solve my dilemma I'm writing the print that stirs me and sharing the journey of blending fabrics into quilts and wearables, the discovery of old--be it quilts or friends, and the pleasures of today. Come...have a visit with me. 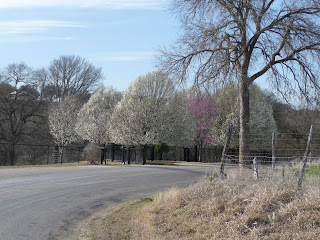 down the road--to BOUNTIFUL??
"You've driven down to Comfort, haven't you?"


Three of us met over a salad to plan a quilt show.  I mentioned I had driven through a little town named Sisterdale.  Laughter about our local village name ancestry engaged and the conversation flashed from one place to another. We talked our way across the map of Texas as we recalled not only Comfort and Happy, but also Utopia, Mt. Pleasant, New Hope and Smiley.  Later that day I went to the atlas and looked for more. How did we forget Friendswood, Prosper and Rising Star? But then my eye caught Sour Lake in the list, and did I really see Moody?  I laughed. Oh, but joy again, the S's brought Sweetwater, Sunset, Sunray--even Sugarland.

Sentimental names. Sentimental journeys. My all time favorite is the trip backward to the village of Bountiful. The movie, The Trip to Bountiful was filmed in 1985 and Geraldine Page stole me (and many of us)  away in her role as Carrie Watts. Ironically, Bountiful is a fictitious 1940's Texas town, not far from Houston. Geraldine's character, Carrie, plays an elderly woman who wants to return home to her beloved Bountiful. She meets regular resistance from her daughter-in-law and protective son. Strongly determined, she eventually boards a bus and meets a young girl that willingly listens to her reminisce about her younger years and home. Meanwhile, her children become anxious and distraught about her disappearance. Finally, when the police help the children track her down, the sheriff offers to drive her out to Bountiful. The village is deserted and Carrie is moved to tears to realize the emptiness of her childhood home.

Her sentimental memory far outreaches the reality of what modern time has done to her childhood home. (Ms. Page won an academy award  (and many other awards) for her outstanding performance.)

Easily, Bountiful took me back to lost moments of time, as did these other communities across the Texas soil.  Think of the possible fun in a day at the library or on the google search engine researching the roots and memories of these popular town names. Yes, curiosity  began this sentimental journey.
Hopefully, smiles touch pride in our drives through these little communities --finding some of Carrie Watts nostalgia at every marker. Someone loved the little fork in the road. They settled and called it home. They built their mercantile stores, schools and churches.  They raised their families and for some, Bountiful still exists. We ached for Carrie Watts when she discovered her beloved Bountiful was merely a memory. Or was it?
Reality vs. memory? I like to think they mix a little and some of the old blends with the new.  We pass a nailed board across an old general store door, the sign is painted closed. And others, well, the store boasts a broad stroke of  paint and a bright, shiny open sign. The blended disparity (sometimes in the same village) might best be referred to as haze.
Comfort or Moody, Happy or Sour Lake...hmmm, one week later, my head is still dancing with those names built of tears and smiles. Built from memory, now in reality. Musing, I too feel like Mrs. Watts and her Bountiful.  I am convinced today's store front reality can never obliterate the sweetness of memory. What do you think?

a favorite scripture: I Thess. 4:11  --Make it your business to lead a quiet life, to mind your own business,and to work with your own hands...so that your daily life may win the respect of outsiders and you will not be dependent upon anybody.

a favorite read: Traveling Mercies, Anne Lamott
Someday I'll buy this book. I check it out at least once a month. Candid, funny, real--Anne tells how she found her faith.

a favorite blog: PINTEREST--oh my, the 30 something's favorite pinning site (a web bulletin board). The BEST of the best. Fab ideas on everything from a to z. Enjoy and don't waste too much time! 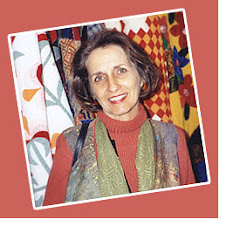 Alice Kolb
..to connect to each day in it's fullness--the arts, writing, sewing, crafting, family, friends and the joy of God's world